A.J.’s debut novel, Forgiving Maximo Rothman, was selected as a finalist for Outstanding Debut Fiction by the National Jewish Book Awards in 2013. The second book in the series, Forgiving Mariela Camacho won the 2015 David Award. Forgiving Stephen Redmond, the final chapter in the series will be released by Black Opal Books in January 2021.

That’s not the end for Kurchenko and Gonzalvez though. They are frequent characters in A.J.’s short stories and will reappear soon in a new series.

“Life is too short to make enemies of those we love.”

On a chilly autumn night in New York, the lives of two men born decades and continents apart collide when Max Redmond is found bludgeoned in his Washington Heights apartment. While investigating the crime, Detective Tolya Kurchenko comes across the dead man’s diaries, written by Redmond over four decades. He hopes the diaries will lead him to the killer. In fact, they help him sort out the complexities of his own identity. Spanning 65 years and three continents—from Hitler’s Europe to the decaying Soviet Empire of the 1970’s, and revealing the little-known history of Sosua, a Jewish World War II refugee settlement in the jungles of the Dominican Republic, A. J. Sidransky’s debut novel leads us into worlds long gone, and the lives of people still touched by those memories. 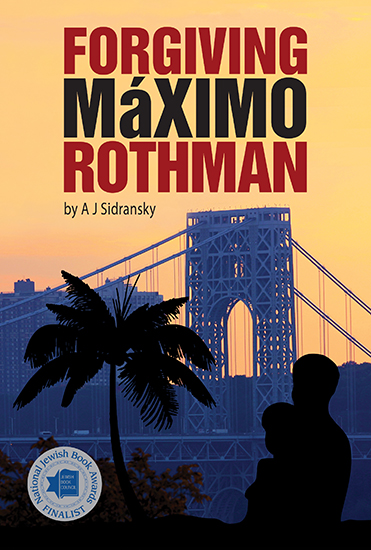 “This book is a great read with an interesting mystery and fascinating information about the little known history of Sosua and its residents.”
—Jewish Book Council

“While this is indeed a murder mystery, it is much more than that and we become acutely aware of the nature of truth and how it can make us free… The book brings the story of Sosua, a Jewish refugee settlement in the Dominican Republic during WWII to the world, and focuses on fatherhood. To a great extent the idea of identity permeates story and this ties in beautifully with both Sosua and fatherhood as concepts.”
—Reviews by Amos Lassen

“I found the way A.J. Sidransky told a good tale, while educating the reader on so many aspects of Jewish culture—without ever becoming preachy, to be fantastic. These were real characters, simply living their lives where circumstances happen to draw a reader in and keep them. The characters are real, the emotions ring true and the story lines grab you.”
—Dew on the Kudzu

Soviet Jewry: A history of the Zionist movement in the Soviet Union
Read more

Mangu con Tres Golpes Shortly after arriving in Sosua, Maximo and the other refugees go off to work in the fields. They are accompanied by hired Dominican workers from a village nearby. The workers wives bring their own food to cook lunch rather than eat the sandwiches supplied by the DORSA. Maximo has his first taste of this beloved Dominican speciality, Mangu con Tres Golpes (Boiled mashed plaintains with salami, fried cheese, and eggs). This delicious breakfast became a staple among the Sosua families.
View Recipe

Arroz y Habichuelas
Maximo goes to visit Jose, his Dominican friend, in his village on the other side of the bay. They have a BBQ in the evening. While the men tend to the pig roasting on the open fire, the women prepare the rest of the meal. No meal in the Dominican Republic is complete without arroz y habichuelas, rice and red beans. The rice is easy enough. Here is a recipe for authentic Dominican Red Beans.
View Recipe

“Each of us has our own destiny….you are mine.”

Detective Pete Gonzalvez knew from the start that the dead woman he and his partner, Tolya Kurchenko, discovered in a Manhattan apartment did not commit suicide. Pete knew her better than that. Mariela Camacho was the love of his life. The road to the truth wound through the slums of Santo Domingo, DR, the cold streets of Soviet Moscow, the hot sands of the Judean hills, and back to the dark clubs of New York’s underworld. Mariela was not merely murdered but was the most recent victim of an international serial killer—a phantom from Tolya’s past—and Karin Kurchenko, nine months pregnant, is in his cold-blooded crosshairs. 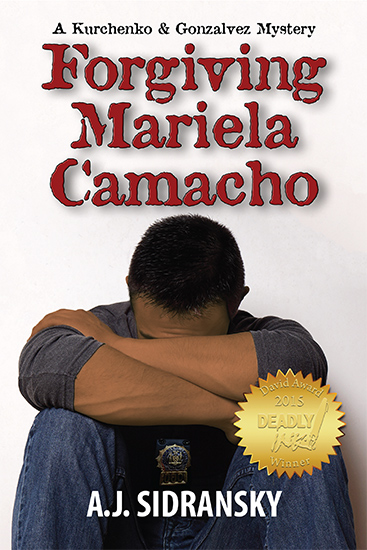 “I remember thinking as I closed the covers of the previous book in the series, Forgiving Maximo Rothman, that Sidransky was going to have a tough time topping it, but he has managed to do just that… The plot begins as a usual murder investigation but turns out to be something much more… The search for identity from the immigrant’s perspective…and male/male friendship—something deeper than just a handshake or working together.”
—Reviews by Amos Lassen

“At its core, the story is a mystery and a thriller, one that stays unpredictable until the very end… The dialogue is witty, but never once comes off as insincerely so. The plot is not slow, but rather starts out in a way that’s immediately fascinating and engaging.”
—Foreword Magazine

“The second book in the Forgiving series by A.J. Sidransky is a riveting, no-holds-barred foray into the deepest recesses of the international underworld. From Washington Heights to the barrios of Santo Domingo to a seedy neighborhood in Tel Aviv, and back to the strip clubs of the outer boroughs… Much like Forgiving Maximo Rothman, this novel delves headfirst into the thorny topics of manhood, brotherhood and fatherhood… Streetwise, savvy and smart, Forgiving Mariela Camacho is an engrossing and intelligent romp that takes the reader on a global manhunt brimming with noise, energy and authenticity. It feels real. It is both remarkably sweeping and intimate, simultaneously.”
—Led Black, UptownCollective.com

“This page-turner is more than a first-rate mystery. It explores family bonds and dysfunctional relationships, Jewish identity, and the intimate connection that develops between police partners… As the case unfolds, he transports the reader to Santo Domingo, the Soviet Union, Israel, and Germany with equal precision.”
—Jewish Book Council

Quisqueya on the Hudson: The Transnational Identity of Dominicans in Washington Heights
Read more

The Suicides that were Really Cunning Murders
Read more

The Cubano
For lovers of Dominican food, and the food of the Spanish Caribbean in general, the Cubano, or Cuban sandwich, is the lunch of choice. It’s perhaps the most satisfying sandwich in the world; roasted pork, ham, swiss cheese, thin-sliced pickles, mustard (optional), pressed on a not-too-crusty loaf of white bread similar to French or Italian bread. Either Pete of Tolya will order one almost every day.
View Recipe

Small Plates
When Tolya and Karin go out for dinner at their favorite Tapas place in Washington Heights they order a selection of small plates including Tortilla Espanola, Iberian ham, and Camarones de Ajo, shrimps in garlic sauce. It’s their favorite. I often make this for myself and my wife. Serve it with crusty bread to sop up the leftover sauce.
View Recipe

On a hot August day, NYC Detectives Tolya Kurchenko and Pete Gonzalvez are called to a bizarre murder scene in a vacant wood frame house scheduled for demolition in upper Manhattan. Inside a partially destroyed wall they find the fully clothed body of a murder victim, the dried blood still evident on the suit jacket hanging on the skeleton-like mummy. Who put him there and why? So begins a cold case that will bring Kurchenko and Gonzalvez full circle in their search for answers in the case of Maximo Rothman.

Forgiving Stephen Redmond, the final piece in the “Forgiving” saga, leads us back to Washington Heights in the 1950’s and 1960’s, a time of change for both the neighborhood and New York. Through its characters we experience the loneliness of migration, learn the truth about Trujillo’s reign-of-terror in the Dominican Republic, and suffer the trauma of the aftermath of the Holocaust and those who survived. 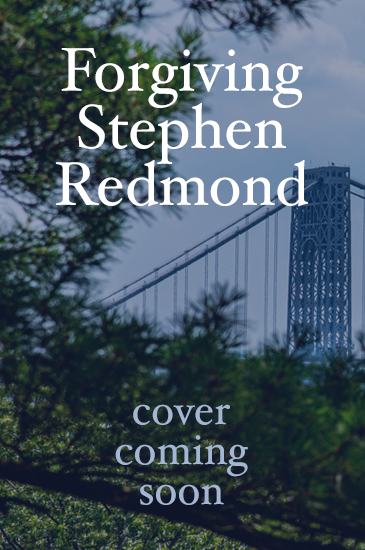 Note: this is a private list—your email address will not be shared, and you can easily unsubscribe at any point.

We use cookies to ensure that we give you the best experience on our website. If you continue to use this site we will assume that you are happy with it.OK